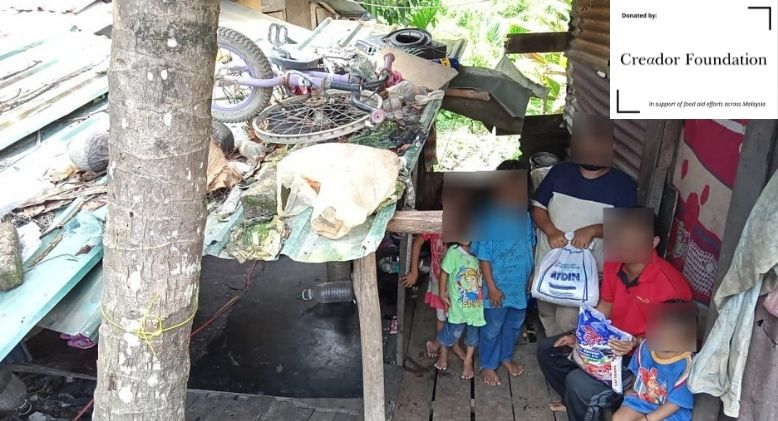 The ‘Orang Asli’ are the oldest inhabitants of Peninsular Malaysia, forming a national minority, with 0.6% of the population, totaling a number that exceeds 160 thousand people. With 18 or more ethnic groups, more than half of the Orang Asli live in or close to forests, with some living in coastal areas.

Prior to delivery, the FreeMakan team checked if aid was extended to this village by Jabatan Kemajuan Orang Asli (JAKAO), and with the feedback received, FreeMakan collaborated with Creador and PAMAR to deliver 240 grocery packs to families in need at this settlement.